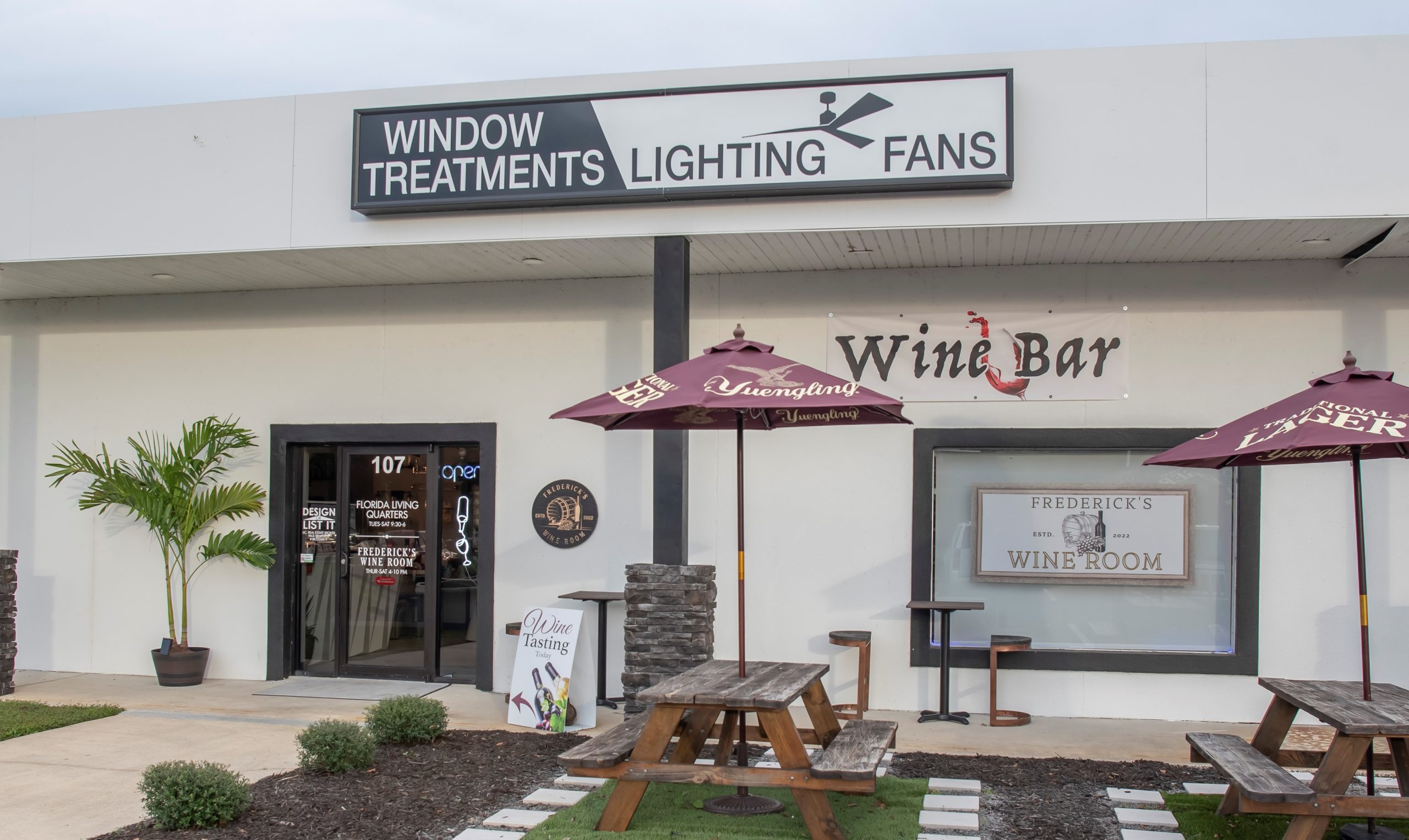 Frederick’s is named after the founder of the city of DeBary, FL who moved stateside to sell fine wine and bottled waters in the 1800’s. Just as you cross the St. Johns River bridge it is located in the first plaza on the right. It’s location is inside a lighting, fans and window treatment showroom; speak easy style entrance. Comfortable lounge seating to meet a variety of needs.

Parties of 6 or more 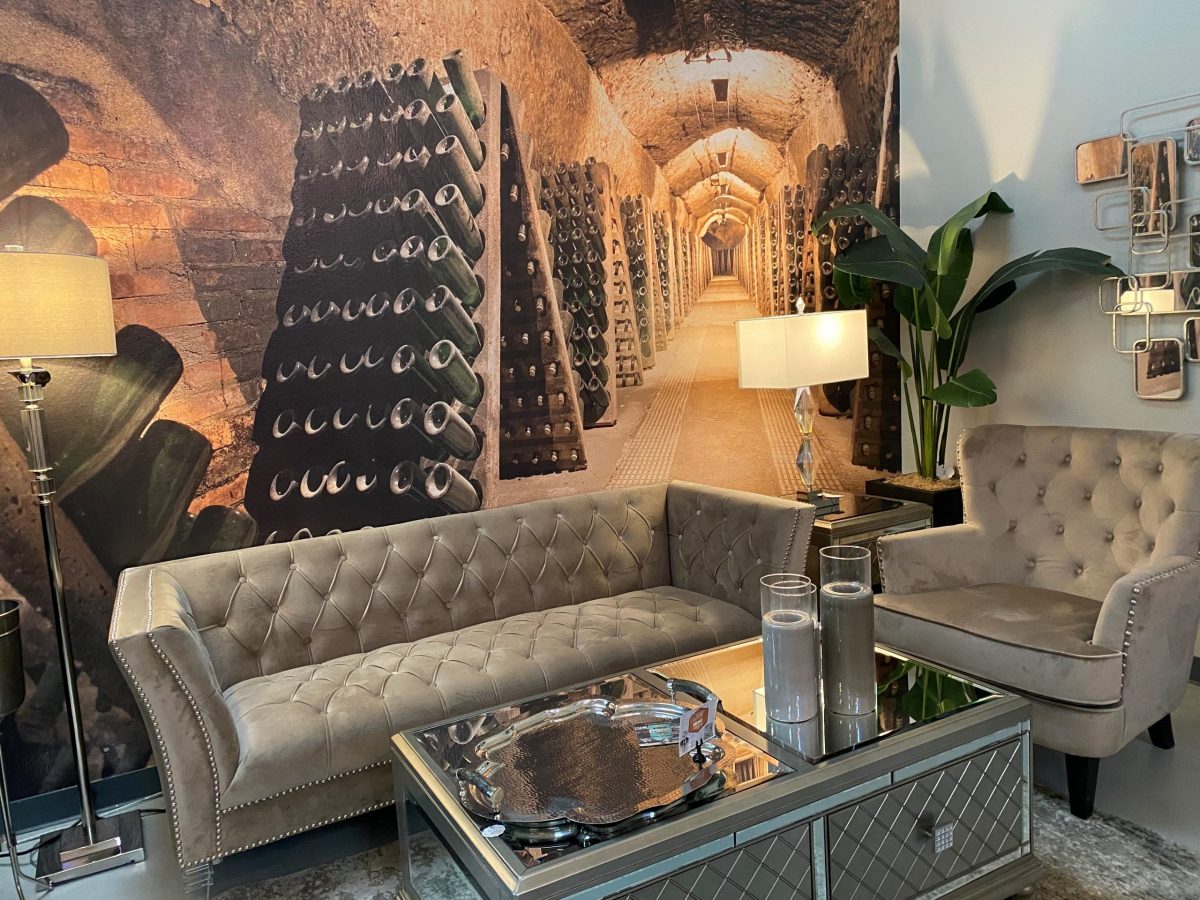 Frederick’s can accommodate up to 80  people inside and 16+ outside via picnic tables and benches. For event parties to include wedding, bridal showers, birthday party events please contact us to reserve your venue. 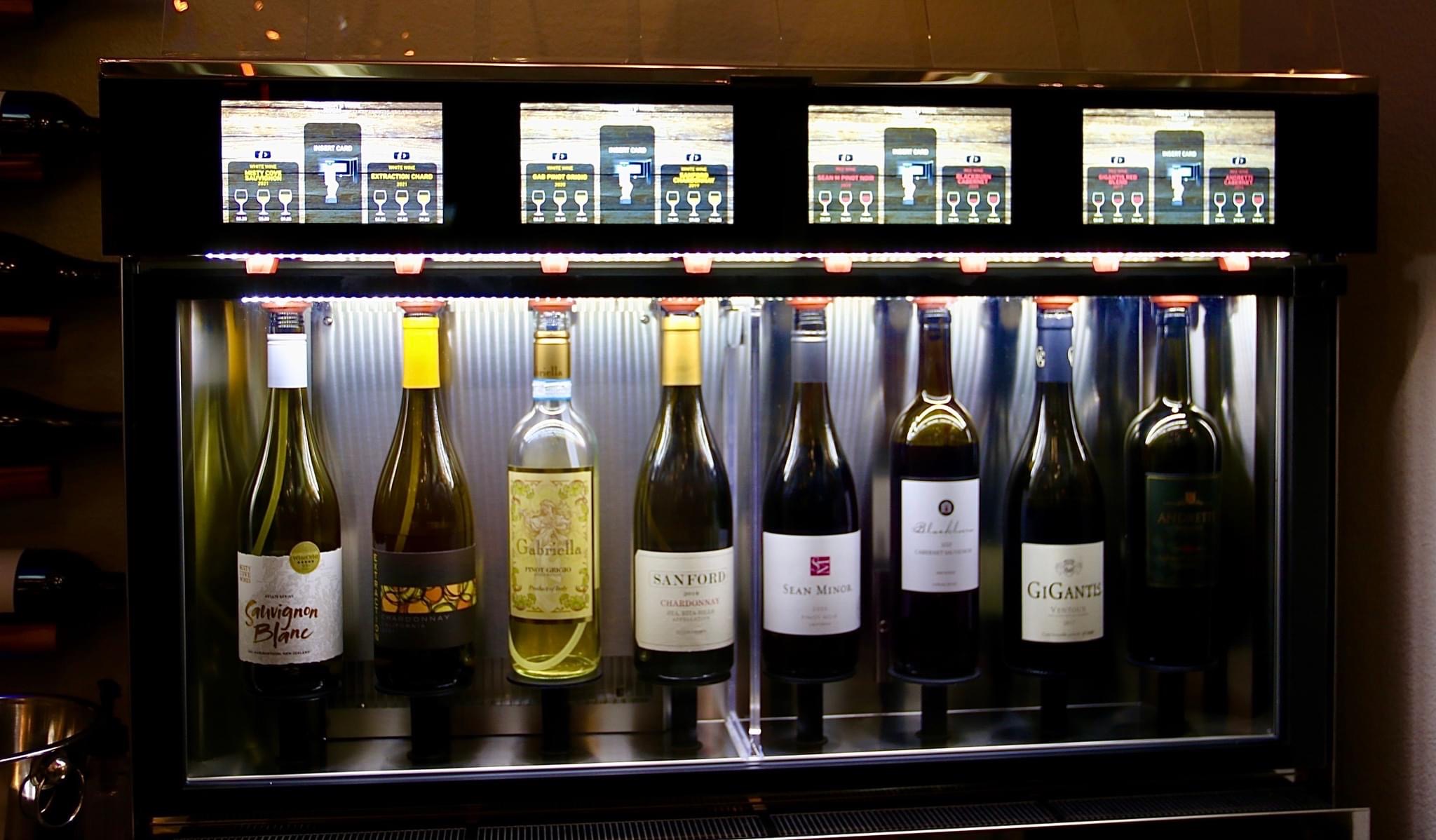 Wine Store Near Me

Frederick’s Wine Room showcases over 50 hand-selected wines from around the world. All wines are also available for purchase, to either enjoy here on site in the designer showroom or to take home at a discounted price. Our wine selection is approved by our onsite level 2 sommelier. The wine room has several selections of featured wines by the glass.

Cabernet Sauvignon is the gem of Napa Valley. A full-bodied red wine, “Cabs” can typically be described as rich and robust. Most commonly aged in French oak, dark fruit flavors are combined with spices and other earthy aromas.

Pinot Noir is a light to medium-bodied red wine whose grapes flourish in colder climates. Described as smooth and fruit-forward, Pinot Noir has red-fruit aromas, most commonly cherry, and just a hint of spices and earthiness. A great Pinot Noir typically has a long, lingering finish.

Syrah is a bold and rich red wine. Notes of dark fruits, pepper and spice are staples of the varietal. Australia’s style of Syrah is known as Shiraz and is much more sweet and jam-like than the “Old World” style of Syrah. Both versions are rich in fruit flavors, yet notably complex.

Zinfandel is one of the only grapes thought to be indigenous to America. Grown exclusively in California, this versatile wine has a range of different styles. Most commonly, Zinfandel is aged in American oak, giving the jam-like ripe fruit flavors an earthy spiciness. Zinfandel is also known as one of the more alcoholic wine types, packing a rich punch.

Malbec, although originally produced in France, has been popularized by the Mendoza region in Argentina. This wine is a full-bodied, deep red wine that has dark berry fruit flavors and moderate tannins.

Merlot is a popular wine of America’s western growing regions, while remaining one of the more prominent grapes in Bordeaux. Merlot is much like Cabernet Sauvignon only more fruit-forward. Red fruit flavors and aromas are made complex by smooth tannins, as well as spice and vanilla notes, which are evidence of oak-aging.

Chardonnay is a medium to full-bodied white wine that is grown globally but holds its own as the most popular wine varietal in America. The best types of Chardonnay are oaked-aged and have a buttery mouthfeel. Crisp fruit flavors like apple and pear are combined with citrus aromas and hints of spice and vanilla.

Riesling is the flagship wine of Germany, originating in the country’s Rhine Valley. Riesling is at first sweet and acidic but balances out with honey flavors and a significant minerality.

Pinot Grigio is a quintessential Italian white wine. This wine type can be described as light, dry and refreshing with crisp fruit flavors like apple or pear. A different style of cultivation produces more medium-bodied wines that have floral aromas and a hint of minerality. Although both styles can be considered the same wine, the latter style typically bears the name Pinot Gris rather than Pinot Grigio.

Sauvignon Blanc is a light, dry and crisp white wine that has citrus notes and grassy aromas. When aged in oak, the wine has spice and vanilla flavors, as well. Although it tastes great with grilled chicken or vegetables,